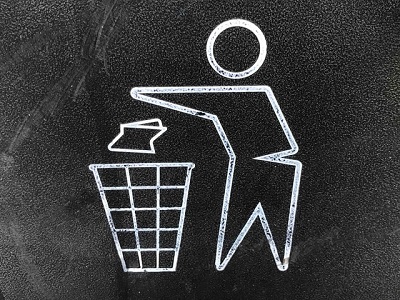 As the battle against climate change rolls on, it’s easy to feel overwhelmed. You might ask yourself ‘can I do more?.’ But when it comes to declaring war on waste, don’t stress. Just make some planet-friendly changes at home.

Declare war on waste at home

Many people don’t know where to start when they try to reduce their waste. They think it’s going to involve a lot of time, effort, and huge changes. However, the most effective changes are quite small and easily fit into your everyday life.

Know the recycling rules in your area

Go to your local authority website and get familiar with the recycling rules. This will make recycling less time-consuming and confusing for you, and more effective. If you’re putting the right things in your recycling bin, there’s less chance of contamination too.

If you haven’t already, say bye to plastic bags

The 5p levy on plastic bags was one of the most important steps in the war on waste. If you’re still using plastic bags, now is the time to ditch them. Keep some reusable bags in the car or near the front door so you don’t forget them when you head to the supermarket. If you do have a stash of plastic carrier bags at home, reuse them. They’re good for wrapping up dirty football boots in a school bag, or for lining your bathroom bin.

Food waste is still a huge problem in the UK. According to WRAP, UK households waste 6.6. million tonnes of food each year. 4.5 million tonnes of that is edible food. Avoid adding to these grim statistics by making a meal plan each week. Planning your meals makes it more likely that you’ll only buy what you need and throw less food away.

Composting could be your secret weapon in the war on waste. Some councils do collect food waste.  If yours doesn’t, food probably makes up a big percentage of what you throw away. Use an old wheelie bin or a black sack, and start making a compost pile out of your organic waste. You’ll be amazed at what can go on a compost heap,  from teabags to coffee grounds, vegetable scraps, and banana skins.  Let them break down naturally and you’ll end up with some lovely nutritious mulch for your garden. And less food waste in your bin.

Let ‘think before you throw’ become your war on waste mantra

Hands up who’s thrown away an item of clothing because a zip broke or a button popped off? Or bought the latest smartphone after having your old phone for what feels like 5 minutes? Yes, it’s tempting to bin the clothing and replace it with something cheap and cheerful from Primark. But what if you learned to fix it yourself? Or decided that you would buy better quality clothing, just less often?

And that old smartphone. Don’t leave it lying around in that drawer that’s like an iPhone graveyard. Recycle it so that precious resources aren’t wasted.

Got junk mail? Cancel it

If you’re fed up with receiving endless amounts of junk mail, you can do something about it. Just go online and register with the mail preference service. You might put the junk mail in your paper recycling bin anyway, but cancelling it reduces waste at the source.

Single-use items are so wasteful, particularly plastic items that often end up in landfill. Ditch anything single-use from disposable cups and plates to the coffee cups on your morning commute.

Plastic water bottles are recyclable, yet figures show that we don’t recycle as many as we could. According to Recycle Now, the average UK household uses 480 plastic bottles per year, but only recycles 270 of them. This means that 44% of the bottles are not recycled. Invest in a reusable water bottle that you can fill up throughout the day. There are loads of free filling stations popping up across the UK.

Are you ready to declare war on waste? Start at home and make some small changes and savvy swaps each day. You’ll be amazed at how much you can reduce your waste.

For more interesting tips and articles on litter, waste, and sustainability, check out the rest of our blog.

Posted in The UK's Litter Army