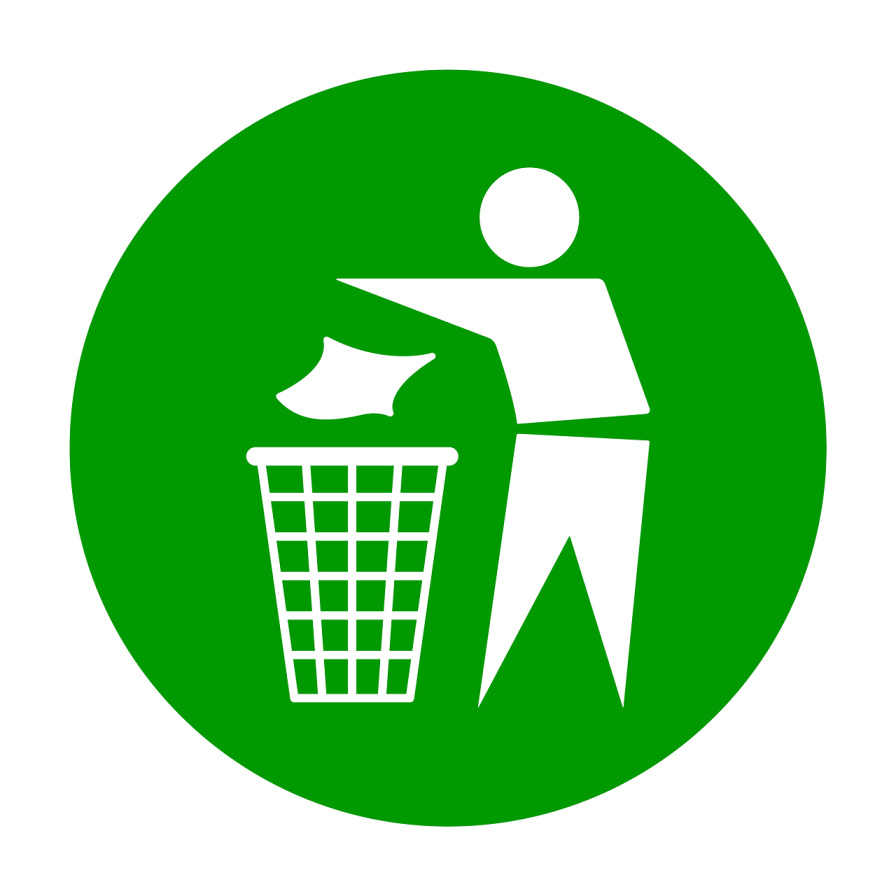 According to Keep Britain Tidy, we drop two million pieces of litter in the UK every day. These crisp packets, cigarette butts, and plastic bottles cost local authorities £1 billion per year to clear up. But where does litter go once we’ve discarded it?

Why is litter so bad?

Despite what some people appear to think, litter doesn’t clean itself away. Depending on the type of litter, it can take hundreds of years to degrade. All the while, it’s making areas look awful, polluting soil and groundwater, and harming wildlife. However, there’s one place where much of our litter ends up and it’s having a devastating impact. Our oceans.

Litter is Polluting Our Oceans

Hands up if you’ve ever dropped a piece of litter. Most of us probably have if we’re honest. But did you ever stop to think ‘where does litter go?’

Did you think that the chewing gum wrapper you discarded would end up in the ocean? Maybe not, but that’s where much of our litter ends up.

Even if you live a long way from the coast, your litter could still end up in the ocean. Figures from the WWF estimate that 80% of plastic in our oceans comes from land sources. Once it’s in the water, it degrades very slowly. Plastic breaks down into tiny pieces called microplastics which can harm marine life and get into the food chain.

Where Does Litter Go? How it Ends Up in Our Oceans

When you drop litter, it doesn’t magically disappear. If it’s not cleaned up, it can end up in our oceans. Here’s how;

You Put Recyclable Plastic in the Bin

You know that plastic bottle you absent-mindedly put in your general waste bin? It ends up in a landfill site. When plastic ends up in landfills, it’s so light that it gets blown away. From there, it can blow into drains and get into rivers and seas.

That crisp packet that fell out of your pocket when you were walking down the street. The rain and wind carried it into the drain where it ended up in our waterways.

Waste is Disposed of Illegally or Incorrectly

You hire a man with a van to dispose of your waste. If he’s not verified, how do you know he’s disposing of it correctly? He’s probably not too concerned about asking the question ‘where does litter go?’. But it’s a fair bet that most of it will end up in the ocean.

You Put Things Down the Toilet or the Drain

Own up, do you flush wet wipes down the drain? Do you think about the plastic microfibres that get into our waterways when we do the laundry? These are both ways in which plastics can end up in our oceans, causing pollution and harming wildlife.

How can I stop litter waste?

Whether it was intentional or not, allowing this rubbish to get into the environment is a huge problem. Wherever it comes from it can end up in the sea where it can travel thousands of miles. Just to illustrate the point, researchers put tracking tags in plastic bottles in the River Ganges and Bay of Bengal. One bottle travelled more than 1700 miles in three months!

Don’t be a part of the problem, start tackling litter yourself every day. Recycle properly. Pick up a few pieces of litter on your way to or from work. Don’t put things down the toilet that you shouldn’t. Take your litter home with you if you can’t find a bin. All small steps can make a big difference. For more interesting articles on all things litter, check out the rest of our blog.